Victor XM715 is one of only two surviving Handley Page Victor K2 Tankers that is in serviceable condition, capable of taxiing at full speed.
This aircraft is part of the Cold War Jets Collection at Bruntingthorpe Aerodrome.

This beautiful aircraft sparks much interest and nostalgia, and the Cold War Jets Collection at Bruntingthorpe Aerodrome maintains this fine aircraft in fully serviceable order.

the aircraft or ground support equipment.

XM715 is kept operational for full power taxi runs along the main runway with the help of enthusiastic volunteers. Unfortunately, these taxi runs have been suspended. Please read the Important Notice below: 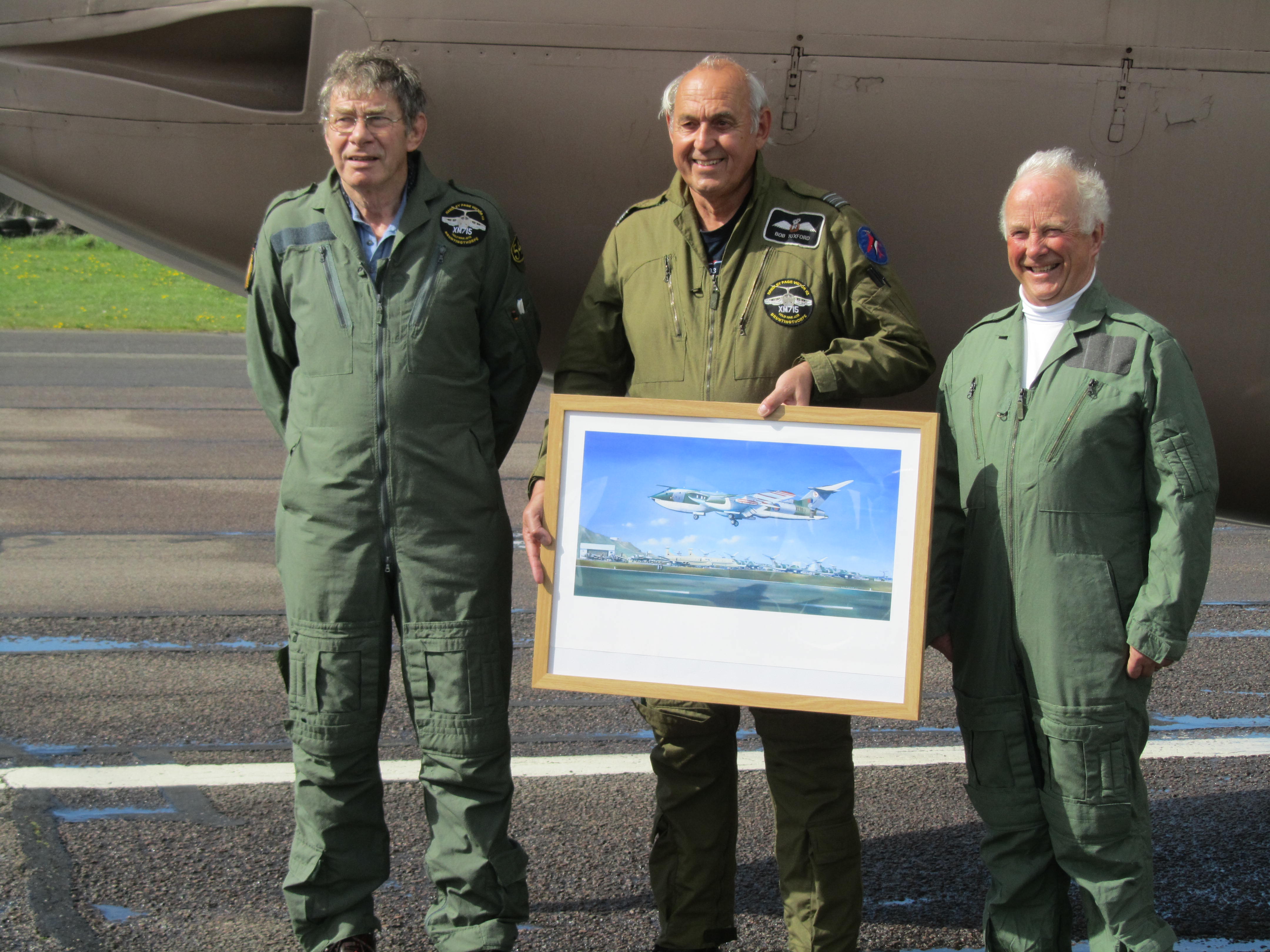 Important Notice: March 2021
Bruntingthorpe has been the home of the Cold War Jets for the last two decades or so. During recent years, the CWJ aircraft collection, along with a number of independent aircraft owners have been able to display their aircraft on two Open Days held on the May and August Bank Holiday weekends each year. In more recent times, the airfield (runway and taxiways in particular) has been used as a giant parking lot for cars associated with the very lucrative car and auction business on site. Early in 2020, Bruntingthorpe Airfield was leased by its owner the Walton Family to Cox Automotive. The new tenant unfortunately made it quite clear that their car business would take priority, much to the detriment of the aircraft collections parked around the various hardstandings on the airfield. They required all aircraft within a newly defined airfield boundary to be moved by the end of 2020. This defined area included all taxiways, runway and hardstandings housing resident aircraft at Bruntingthorpe, with the exception of the Lightning Preservation Group aircraft and QRA Shed facility located on a strip of land on the north side of the perimeter track.

This strip of land on the north side of the airfield adjoining the Walton residence provided an opportunity at least for parking of most of the small jets associated with the CWJ collection. With the generous help of Mr David Walton and family, the area of land around and to the side of the LPG compound has been cleared to make available more aircraft parking. The hardstanding is temporary at the moment, but has been sufficiently suitable to receive the small jets for safe keeping. The future of the Canberra, Iskra, Delphin, Jet Provost, T7 Hunter, GA11 Hunter, Starfighter, Sea Vixen, Gnat, Meteor, and Venom alongside the Lightning interceptors of the LPG has thus been secured for the time being. At Cox Automotive’s direction, a 6’ fence has been erected between the northern edge of the perimeter track and existing LPG site, which effectively cuts any access onto the taxiway for the aircraft. Any future operation of the jets onto the airfield proper has thus been prevented for the foreseeable future. At least a new road has been opened to the north of the site where the original crash gate enabled direct access to Bath Road. Movement through this gate will be controlled, and is currently available for use by those personnel directly involved with the management of the CWJ Group. In time, it is hoped that in time, public access may be available to the collection in a similar way to that in years gone by.

The matter of the 4-jets (Victor, Nimrod and Comet in particular), not to mention a VC-10 (not actually part of the CWJ collection) and the Guppy was a different matter. The area next to the LPG Q-Shed was not sufficiently large to accommodate any of the bigger aircraft. A solution has been found at least for 3 of these aircraft which have recently been re-located to another airfield hardstanding which also sits outside the airfield footprint of the Cox Automotive acquisition. Again, it has been largely thanks to the generosity of David Walton and his sons that the Victor, Nimrod and Comet have been ‘rescued’ and towed to the new site. Over the winter months, (Covid-19 permitting of course), Terry Stevenson together with David and Amanda Dacre have coordinated closely with David Walton to facilitate the eventual removal of the aircraft into the new compound. The area is reasonably generous in size, which will permit some movement of aircraft for ground servicing purposes. Any operation in the future as regards engine running has yet to be decided. Equally, access to this hardstanding is currently via the Main Gate only, and Cox Automotive will continue to exercise strict control over that facility. Eventually it is hoped in time to provide a direct access to the new park for the volunteer group who look after the jets and visitors.

The take-over of the main airfield has brought to an end any hope of resurrecting the Cold War Jets Open Days as we used to know them. In the meantime, the future of the majority of the Cold War Jet aircraft and other associated aircraft at Bruntingthorpe has been protected as far as possible. We are fortunate that Mr David Walton has a continued personal interest in the long-term retention of these iconic aircraft. The personnel associated with this collection of aircraft remain dedicated in ensuring the future of the aircraft, and it is hoped the aircraft will be maintained in a condition which has long set the CWJs group aside from many other similar collections.