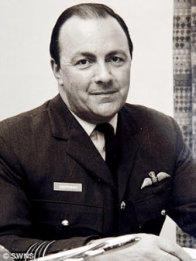 which covered operational, training and staff appointments. He became associated with the Cold War Jets collection, and in particular Victor XM715 Teasin’ Tina shortly after the aircraft was purchased by the Walton family in 1993. His experience as a Victor pilot and aircraft captain made him an excellent choice to demonstrate the aircraft to the public on the Open Days. Additionally, his knowledge of the Victor systems greatly assisted the engineering team in maintaining the aircraft’s serviceability. Perhaps he is best known for the inadvertent take off at the May 2009 Open Day which to date has had over 1,600,000 views on YouTube. 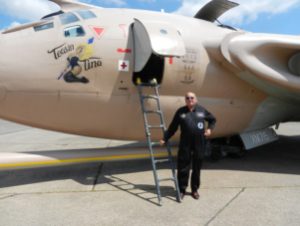 the Victor aborted take off in mid 2015. His experience will be missed and he leaves behind a strong engineering team and a front end legacy carried on by the current aircrew. The whole team wish him well and he is assured of a friendly welcome whenever he finds time to visit Bruntingthorpe.