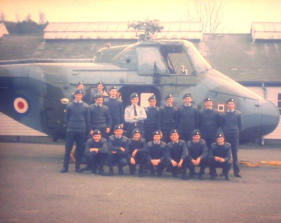 Frank joined the Royal Air Force as an Apprentice Aircraft Technician (One of Trenchard’s Brats!) in 1975, specialising in airframe and propulsion systems.

On successful completion of his apprenticeship he was posted from Royal Air Force Halton to Marham onto the Victor fleet in 1978 and worked for 4 years on second line servicing. 1982 brought the Falklands conflict and Frank was kept very busy repairing and maintaining the Victors in the hangar, whilst much further south the invading Argentinians were getting a very abrupt awakening courtesy of a Vulcan! 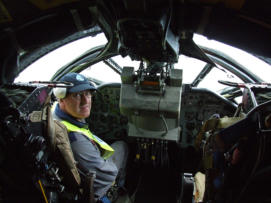 As a posting was on the cards, Frank volunteered for employment on the newly introduced Tornado and was posted a mile away onto 617 Sqn at the other side of the airfield.

Two years later, promotion came, but with a posting to TTTE Cottesmore Line Squadron, again on Tornado GR1. After seven years at Cottesmore and sixteen years in the Royal Air Force, he left the Service in 1991.

Civvy street brought employment with British Aerospace at Brough on Humberside for about a year, but separation from family and a 170 mile round-trip daily commute meant a change of job to become a Radio Engineer in Peterborough seemed like a good idea.

Unfortunately, the new boss had deep pockets and short arms and after a year he was poached to become a Technical Support Engineer at RS Components in Corby. A change of responsibility in 2000 saw a move to the Compliance Department where product safety testing was the new challenge. Redundancy from RS in 2009 presented the opportunity to become a Senior Test Engineer at an Electrical Safety Test House based in Watford. Frank left that position to join his current employer in Milton Keynes in 2010 as a Standards Engineer.

Frank is married to Diane who is a Primary School Teacher and lives in Milton Keynes.

Frank spends his spare time indulging in DIY, electronics, computing, videography, fish-keeping, anything to do with aviation and helping to keep XM715 serviceable, but not necessarily in that order. 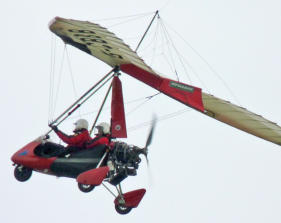 Although he didn’t learn to fly whilst in the Royal Air Force, he realised a life-long dream and gained his Private Pilot Licence in 2007. He currently flies his own flexwing microlight as often as he can, sometimes with his wife as crew! He is hoping to convert to fly 3-axis aircraft in the near future and to build his own aircraft in two or three years time. Retirement in the not too distant future will hopefully mean he can buy a piece of land, possibly in France, to use as his own airfield and where Diane can keep some Alpacas.